The largest wheel in the world!

Home The largest wheel in the world! 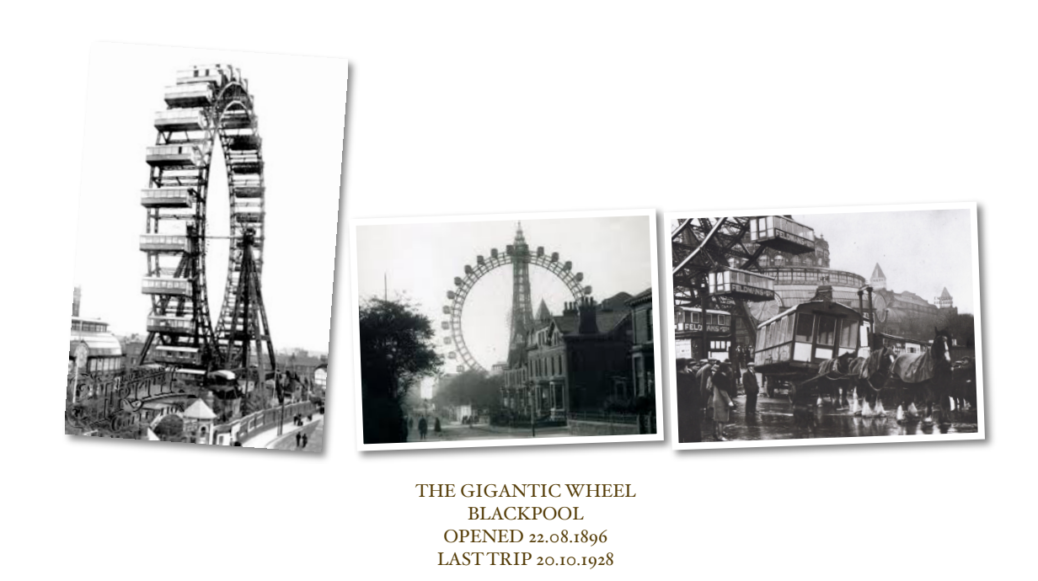 The Gigantic Wheel, which became known as The Big Wheel, rose magnificently upon the Blackpool skyline in 1896; a wonderful tribute to British engineering.

The “largest wheel in the world” was built on a former bowling green & garden on the corner of Adelaide/
Coronation Street, where the Olympia now stands. The solid axle was the largest of its kind ever manufactured in Europe, at 36 tonnes, 40ft 8” in length, with a diameter of more than 2ft.

Having taken less than 6 months to erect, 4000 excited, yet apprehensive people climbed into the 30 carriages in the 1st 2 1/4 hrs & were elevated 220ft above Blackpool. On a clear day, it was possible to see North Wales, the Isle of Man, the Mull of Galloway and 5 Counties. It carried a minimum of 900 passengers, turned only 4 revolutions per hour & was good value at 3d for adults and 1d for children.

With skilled men called away at war, maintenance both on the Big Wheel and Tower went by the board.
Accountants gave the thumbs down to the Big Wheel which was considered “behind the times”. The carriages were auctioned off for approx. £20 each & commemorative medals struck from the metalwork.

So, how did a carriage from The Big Wheel end up attached to the side of a cottage in St. Michael’s-on-Wyre…? 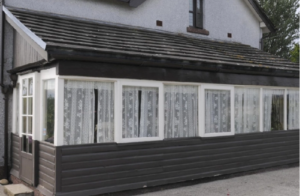 Well, a trust was set up on the death of a Miss Sarah Massey who by her will left money towards the funding of an orphanage in Blackpool. In 1914 an orphanage was opened at 121 Talbot Road, Blackpool. The first matron was a Miss Edith Swallow, after whom the trust was renamed. A baby boy, John, was born to a young couple called Ainsworth, in St. Michael’s Village, who were too poor to keep him & placed him in the Swallowdale Children’s Home where a firm bond was formed between John & Matron Swallow.

When John’s parents had more money, he returned home but always kept in touch with Miss Swallow. John eventually owned Wild Boar Farm & the 2 farm labourers cottages. When Matron Swallow retired, John sold the 2 cottages to her & her sister Agnes on 28.10.1927.

However, she never forgot her orphans & when The Big Wheel was dismantled she bought one of the carriages which took 2 days to arrive on a cart pulled by 2 Shire Horses. The orphans spent many summer
holidays in the countryside, girls slept in the carriage, boys in a Bell tent on the lawn.

Leave a reply Click here to cancel the reply